An intro to the genre and a top list of 12 best Romantic Comedy movies ...

One of the most popular genre cross-over is the romantic comedy. The romantic comedies could be seen in basic forms already in the silent era, but Happened One Night from 1934 accented a feature that would be seen over and over again: the contenders that sooner or later become aware of the true nature in their feelings for each other.

In modern days movies like Pretty Woman (1990) and Bridget Jones’s Diary (2001) have been hits. One of the reasons is probably that the movies distance themselves from harsh realism in the real life and let love triumph over everything including barriers like social class.

The romantic comedy has also succeeded in symbioses with action and adventure in movies like Romancing the Stone (1984) and The Princess Bride (1987). 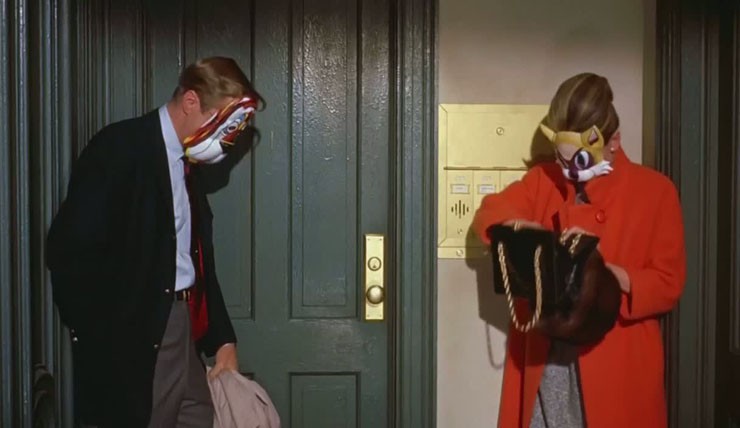 12 Shakespeare in Love
The British writer William Shakespeare (played by Joseph Fiennes) is being inspired to a new play after meeting Viola De Lesseps (Gwyneth Paltrow). Their goals are happily combined when he search for a muse and she wants to act on the stage that at this time is strictly forbidden for women.
Year: 1998 | Director: John Madden

11Jerry Maguire
Jerry Maguire is not free from typical cliches in this genre but it also holds a script with terrific parts. The story is not very original, but succeeds in entertain the whole way: And Tom Cruse in the main role is great and his co-actors Cuba Gooding Jr. and Renée Zellweger even better.
Year: 1996 | Director: Cameron Crowe
Year: 1998 | Director: John Madden

10The Importance of Being Ernest
A romantic comedy-drama based on Oscar Wilde’s famous comedy. The adaption for the movie medium keeps much of the play intact and gives a dialogue that is far more sophisticated than in most films.
Year: 1952 | Director: Anthony Asquith

9Say Anything
A comedy with both charm and seriousness tells a story about the sport interested guy Lloyd (John Cusack) without any particular plans for the future who meets Diane (Ione Skye) who is intelligent and beautiful. The moral of the story has definitively something to do with love.
Year: 1989 | Director: Cameron Crowe

8 The Princess Bride
The Princess Bride is told as a fairy tale of archetypal components which is matched with some peculiar features resulting in an original romantic adventure comedy.
Year: 1987 | Director: William Goldman

7 The Thin Man
A successful mix of exciting thriller and amusing comedy with the couple Nora and Nick that have lived together a long time and have started going on each other’s nerves. But as a team in solving a murder mystery they turn out to be great together.
Year: 1934 | Director: W.S. Van Dyke

6 Bed and Board (Domicile conjugal)
Doinel has got married to Christine in this sequel to Stolen Kisses (Baisers voldés) and they are now a happy couple, but Doniels regularly confused proceedings are shaking the relation. This is a captivating drama with great comical charm.
Year: 1970 | Director: François Truffaut

5 Breakfast at Tiffany’s
Audrey Hepburn plays a rootless and confused young woman holding a highest wish to find a rich man to make her life easier. Breakfast at Tiffany’s is a romantic comedy-drama with much atmosphere, taking part in New York with the luxury Tiffany’s boutique nearby.
Year: 1961 | Director: Blake Edvards

4 Roman Holiday
Audrey Hepburn was one of the most charming actresses of Hollywood in the 1950s and 60s. In Roman Holiday she does a vivacious portrait of a princess who by coincidence meets a foreign journalist.
Year: 1953
Director: William Wyler

3 Adam’s Rib
Spencer Tracy and Katharine Hepburn are combating in court which also turns out to be a combat between the sexes where masculinity meets femininity. Tracy’s character is representing a man which woman has tried to murder him. Hepburn’s character is of course representing the woman.
Year: 1949 | Director: George Cukor

2 The Lady Eve
One of the great classics in the genre distinguished by a fine dialogue and with twisting complications between the lovely impostor Eve (Barbara Stanwyck) and the naïve moneyed bachelor Charles (Henry Fonda).
Year: 1941 | Director: Preston Sturges

1 Trouble In Paradise
Ernst Lubitsch was the master of the sophisticated comedy-dramas in which the intrigues often revolved around romantic complications. In this movie the hustler gets delayed after falling in love with his victim.
Year: 1932 | Director: Ernst Lubitsch 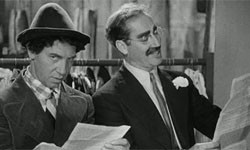