The history of film begins some time at the end of 19th century and the year 1985 is often mentioned as the time for the birth. The development of the cinema is astonishing and today it has become a million dollar industry. The big masses are watching the new movies and the older movies usually have much less wide audience. Many of the old movies deserve a bigger audience though and in this short introduction of film history movies from the early days are getting as much room as the later ones. Prsented here are some of the best achievements from different time periods.

The history of film begins around 1895 and are until 1930 approximately consisting of silent movies. Some of the prominent filmmakers of the silent era are Cecil B. De Milles, D.W Griffith, F.W. Murnau and Charlie Chaplin. The first movie stars are born, like Lillian Gish, who was called: "The First Lady of American Cinema". 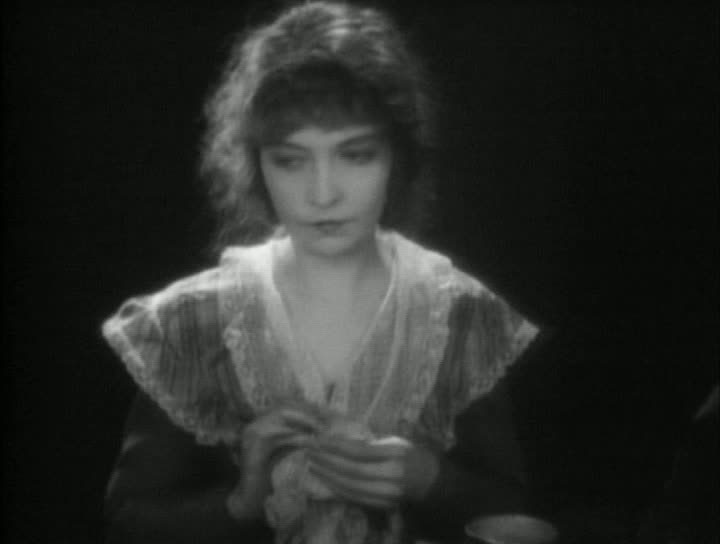 In the 1930s, the sound films give the history of film a new direction. Among the present movie stars, some would succeed to adapt to the new medium and others had to see their careers fade away. Some of the most prominent actors of the decade are Greta Garbo, seen in romantic movies, and Fred Astaire, seen in musicals. The decade of 1930s was also the start of the golden age of the musical film with new possibilities to mix picture and sound. The genre was one of the absolute most popular and some of the worth mention films are 42nd Street (1933), Top Hat (1935) and Little Miss Broadway (1938). 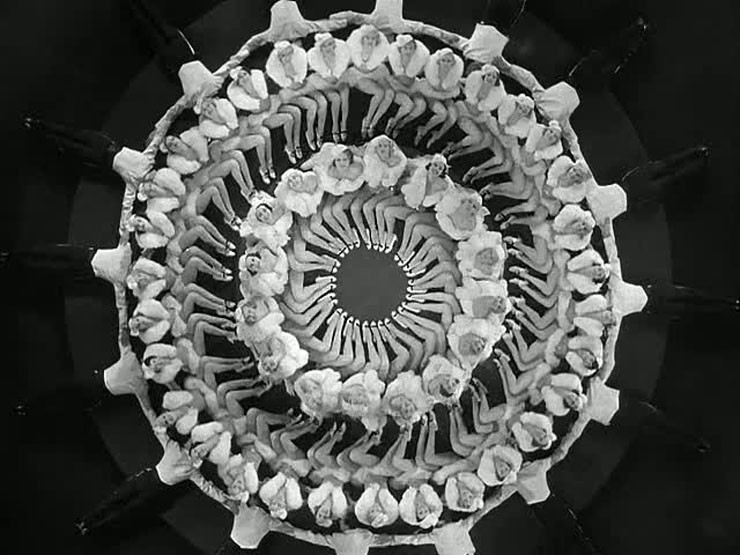 Movies worth seeing from the 1930s:

The World War II was a major impact on films in the 1940s, either direct or indirect became war a theme in many movies. Humphrey Bogart and Ingrid Bergman were two of the biggest stars in Hollywood in these years; among directors the American Orson Welles and the British Carol Reed made important contributions. The Italian neorealism had a huge impact on the art form with films delivered by directors like Roberto Rossellini and Michelangelo Antonioni.

Movies worth seeing from the 1940s:

The 1950s was a period of innovations. After the television had become a competitor the cinema responded with improvements like CinemaScope, which gave a wider screen, and a new stereo sound. The youth culture was going through overwhelming changes with the appearances of rock and roll and this got a breakthrough also in the movies. Some of the new young names were Marlon Brando and James Dean, they both shared a rebellion against the adult's principles. In Britain a group of playwrights and novelists being “angry young men” also did impression to the cinema – a prime example is Look Back In Anger (1956) that was based on a play by John Osborne.

Movies worth seeing from the 1950s:

In 1960s, a certain movement in Europe, the French “new wave” embodied a new fresh movie and it got a big impact on film ever after. One of the most prominent directors was Jean-Luc Godard with movies like Breathless (À bout de souffle, 1960) in which some of the scenes was filmed on the street with handheld cameras, see screenshot below. Big audiences also saw Clint Eastwood in westerns and Sean Connery as the British agent James Bond. 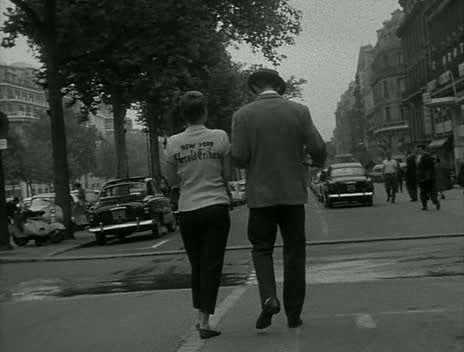 Movies worth seeing from the 1960s:

The 1970s was the birth of the “blockbuster era” – Steven Spielberg’s Jaws was the prototype in which the film industry became more aware how to developing concepts in how to “sell” a movie. The total cinema audience decreased a lot in comparison to the previous decade and it became more important how to promote a movie product. New young directors like George Lucas, Francis Ford Coppola, Martin Scorsese and the already mention Steven Spielberg became very successful.

Movies worth seeing from the 1970s:

The eighties belonged in some aspects to the high concept movies. Big promotion campaigns were the recipe and the entertainment factor dictated more than ever in which movies the big Holywood companies decided to invest. Some of the biggest box-office were The Empire Strikes Back, E.T. The Extra-Terrestrial and Indiana Jones and the Last Crusade. One of the new stars on the screen was Tom Cruise, who could be seen in movies like Top Gun, Cocktail and Rain Man.

Movies worth seeing from the 1980s:

In the 1990s, the celluloid film was changing to digital in a higher degree. Filming with a digital camera was cheaper and gave clearer images. Computer-generated imagery was introduces before the 1990s but became much more common. In movies like Terminator 2: Judgement Day (1991) one of the main characters relied on effects. In Star Wars Episode I (1999) computer-generated animation was used extensively. One of the biggest Hollywood stars were Tom Hanks with successes like Sleepless in Seattle (1993), Forrest Gump (1994) and Saving Private Ryan (1998).

Movies worth seeing from the 1990s:

In depth: Movies of the 90s

In depth: Movies of the 10s

The Cinema and the historical target group

In the early days the cinema was regarded as a substitute of the theater, an entertainment for the masses who was excluded from the fine arts. A theater producer said: “The masses are thought’s natural enemy. They are satisfied with the surface of events, with the logical string together of images without mind and soul … In Other words, they are the born movie consumers and, like a stream, pull down the nation’s better elements with them.”

In her essay Early Cinema, Late Cinema: Transformations of the Public Sphere Miriam Hansen writes about the development of stories in the early film as going from known stories that ”relied more overtly on cultural intertexts” to stories that was self-explanatory.

In another eassy, Theorizing the Cinema, the Masses, and the Nation, Sabine Hake examines the early cinema, its target group and the audience behaviors. The behaviors of the early audience were regarded as a product of the time with people bored from the work looking for relaxing and distraction going into the cinema - a factor more important than age and social status. But one target group in particular was the younger working-class woman and a reason why could be that they “go to the cinema to compensate for what is denied to them in reality”.

Then the cinema was new around 1900 many voices were heard about its negative effects. The cinema was considered as a risk to the audiences health like harming their eyes and nerves and some went even further in describing the risks. The side of the objections was concerning milieu and another one was the content. The critics pointed out many negative side effects, from crime to cinema addiction to madness (!).

The questions about the violence in movies were raised in an early time and are of course still an issue.