An Introduction to Religious Movies

An article about Religious movies ...

To better understand what religious movies are, first we need to define what religion is. This is a set of organized beliefs that connect the natural to the supernatural; and also includes the role each party plays in the relationship. Some books define religion as a collection of cultural and belief systems that develop rules that relate humanity to spirituality. Whether a Christian, a Muslim, a Buddhist, or any other religion your spiritual course should at all times derive morals, ethics, together with religious laws that govern your way of living.

Enough said about religion, religious movies shed light on some of the big questions; for example, why we are alive today, the meaning of life, good vs. evil, and is there a God? These movies are films with spiritual themes that talk of redemption, keeping faith, forgiveness, life and death. It doesn’t have to be strict all the time. Sometimes the story line can be simple; may be about the triumph of the human spirit over adversity.

Religious movies have not only grown to be popular in Hollywood, but have also taken over as the common approach used by different religions to win and educate the viewers. The following is an expose of movies qualified to be themed as religious. 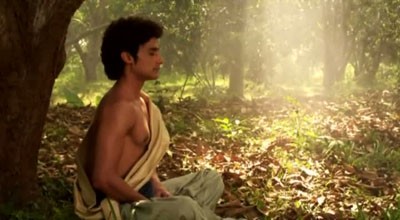 The Life and Passion of Jesus Christ, first released in 1902, is a very early example of Jesus presented in the film medium. Since that many portrayals of Jesus and adaptations of Biblical stories have been seen on the white screen. A few to mention are The Ten Commandments (1956), Ben-Hur (1959), The Gospel According to St. Matthew (Il vangelo secondo Matteo, 1964), The Messiah (Il messia, 1975) and Passion of the Christ (2004).

Depictions of Buddha are of course neither unusual in movies. Examples going from the silent film Lord Buddha (1923), to the star casts Little Buddha (1993), to the animated The Legend of Buddha (2004), to the recent Sinhala movie Sri Siddhartha Gauthama (2013).

Passion of the Christ

Mel Gibson as Jesus of Nazareth in the painful Passion of the Christ.

This is a epic biblical movie that portrays the crucifixion of Jesus Christ. It packed many movie theaters when it came out in 2004 and evoked mixed reviews and strong emotions around the world. Strong and graphic scenes often border with torture as an unnerving and painful vision of Christ's final hours.It is a film for the strong hearted; mostly when you witness Christ’s crucifixion with your own eyes.

While the director Mel Gibson does rely on four Canonical Gospels, he also flirts with non-biblical material and other devotional writings (e.g. Anne Catherine Emmerich). He also appeals to historical accuracy more than to audience (Aramaic, Hebrew and Latin dialogues with English subtitles).

Ben Hur is a 1959 masterpiece of biblical proportions. The movie won ten academy awards and is considered as one of the best cinema achievements in history. This lavish MGM production is a remake of the 1925 film bearing the same name and an adaptation of Lew Wallace's 1880 novel Ben Hur - A Tale of The Christ. The film tells a story of Ben Hur, a Jewish prince betrayed by his childhood friend and sent into slavery (who eventually regains his freedom and comes back for revenge). Directed by William Wyler and starring Charlton Heston, the movie is set in New Testament-era Jerusalem and includes several scenes with Jesus (including crucifixion). Although Ben Hur is more about the relationship between Messala and Ben Hur than about Jesus himself, its real value is carried by beautiful scenery and accurate depictions of lifestyle in the time of Christ. There are ton of movies based on the Bible and a great resorce are given by Wikipedia.

Little Buddha is a Brittish-French production and directed by Bernardo Bertolucci. The plot centers around some Tibetan Buddhist monks searching for the reincarnation of a prominent Buddhist in Seattle. The movie is also a educational journey into the Buddhism religion and can be classified as a family film. A peculiar fact is that Buddha is portrayed by Keanu Reaves.

The Legend of Buddha

This is an animated movie about the life of Prince Siddarth and how he became Buddha. It is a long exciting journey and nothing shows it best than this animated religious movie. Shamboo Falke, the director of this film did his best to express Buddhist values and beliefs to the world.

This is unfortunately a big field and in one form or another, conflicts concerning religion and also extremism have been depicted in tons of movies. Here are three movies that in different ways present these subject matters.

Lion of the Desert shows how the leader of Muslim resistance Omar Mukhtar (Anthony Quinn) struggled against the imperialists. Omar was a great leader who through wisdom and faith in his religion helped fight against oppression. This epic movie running over three hours shows the life of the religious ruler who would not be bought with gifts by the Italians. He shows serious belief in Islam when the Italian rulers tried to bribe him and he responded that Allah would let them down each time they tried to change his belief.

This is a movie depicting the life of Meriam Al Khalifa who fled her home to marry her lover, a US Military man by the name Lance Jason. Meriam was a Sunni Muslim and a member of the Bahrain royal family. In her religion, it was forbidden for women to choose their own lovers as they were usually promised to other people at birth. If caught, this would mean death or excommunication. But princess Meriam was not daunted by this when she met the attractive corporal Lance Jason. The pair fell in love and eloped to America but as soon as they landed the authorities were on them. Meriam and Jason had to fight the law which thought of the affair as a diplomatic error. Eventually they won and got to live together as a married couple. This story shows the challenges religion may pose to love affair but encourages people to follow their hearts.

A group of French monks residing in Algerian are threaten by terrorists. They therefore face the hard decision to leave the country or to stay and risk their own life to help the natives. This is a slow film that in a high degree focuses on the inner life of the characters. Of Gods and Men is based on a true story and makes a convincing dramatization of religious extremism.

There are also examples of satiric adaptations of the Bible that have amused the audience and in some cases led to critic from church that called it blasphemy. Two well-known movies that abandon the epic line for comedy was Jesus Christ Superstar (1973) and Life of Brian (1979). The american movie Dogma from 1999 is another example that treating Catholicism in a way that caused lot of controversy. There has been many documentaries done that are critical to religion, one of the most satirical among all documentary Religulous (sic!) from 2008 in which the comedian Bill Maher worries about the impacts of religious belief.

Here follows a list with some other movies that have religios themes in common. 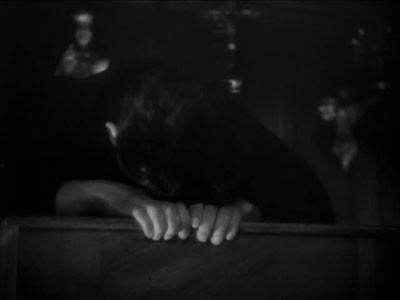 In this French movie by Robert Bresson tells the story of a young priest that arrives at Ambricourt. His methods are criticized by colleagues and he doesn’t get popular in the village. His ascetic lifestyle with sparse meals makes him weak, but his sufferings from the stomach seem also depending on something worse.

Morgan Freeman executes his exceptional role as “God” to give power to the multi talented Jim Carrey – who acts as a whiny uptown reporter. Bruce Almighty is a film that gives religion a tongue-in-cheek treatment and when you about to think that that this is it, then immediately the story line results in an artistic twist of an entirely heartfelt message.

To notice the religiousness in this movie is a bit tricky since religion is not the main issue here. The film focuses on the strength of faith in God; it has some comedic goings in the process which pokes some fun on religious belief – but don’t get me wrong, there is no serious satire involved. To some, this can be a hard to watch movie especially the ones who usually take things seriously. The Almighty’ sparked the Egyptian market with mixed reactions causing it to be banned from the local screens; they said that it portrayed God as an ordinary man.

An animated production of Disney, Moses – the Prince of Egypt is a musical character with admirable finesse. This is an easy-to-follow religious film that kids can enjoy to watch and the best part is the inspirational storyline the movie carries. The Prince is composed of acting gurus like Patrick Stewart, Sandra Bullock, Helen Mirren and Steve Martin, who play their roles in a remarkable fashion showing how Moses overcame myriad challenges to serve God and also to lead his flock. It is simply a rare childhood gem that offends no one to watch.

Whether you are an adult, teen or even a child, you might enjoy the movie. Important Christian lessons centered on unwavering faith plus full dedication to God is reflected by the lead actor Alex Kendrick who does an excellent job in his role as the coach. Grant Taylor is a high school football coach about to be fired from his job and making things worse is his car that regularly breaks down. This among other issues makes his wife not to have a child making Grant to turn to God for help. Miracles follow and his job is secure with his team going back to its winning glory. Taylor further inspires the whole community to be born again and many of them decide to give their lives to Christ – absolutely inspirational.

In conclusion, religious category is a genre that teaches, inspires and builds the morals of viewers. These are films you can watch and enjoy with anyone, be it you parents, your children even your pet – provided the pet can concentrate enough to watch the whole movie. 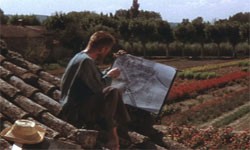