An article about movies with extremely high budgets...

It is an undeniable fact that movies always take us to this unexplainable world where all our dreams and fantasies mature to reality. The cost incurred when shooting these movies is often that can’t be fathomed. As we all know, production houses like Hollywood are always very secretive with their accounting records and therefore up to date, it is somewhat difficult to tell exactly which movie had the highest production budget (note also that advertisement costs is not taken into account for the production budget).Therefor comparions of this kind can differ; one source are deciding Avatar to be the movie with the highest budget with over $400 millions, but most sources have Pirates of the Carribean: At World's End as the most expensive.

However, people all around are working hard trying to find out what the big movies cost in terms of production, and off all the movies which are already in the public domain and their costs ascertained. Here is a list of ten movies with some of the highest budget to this date (10th September 2014). 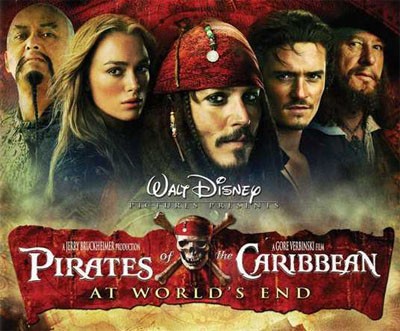 2. Tangled (Walt Disney Co.)
Also produced by Disney, Tangled; an animated film produced for children, is said to have taken about six years costing a fortune worth $260 million. Amidst receiving positive reviews from both movie fanatics and critics, Tangled was able to accumulate a total of $590 million both locally and overseas.

3. Spider Man 3 (Sony Pictures)
Sam Riami’s Spider Man Trilogy ended in style with Spider Man 3 before rebooting beginning with the Amazing Spider Man film series. Spider Man 3 up to date stands to be the most expensive Sony’s movie having cost a budget of $258 million.

In turn, Spider Man 3 made a worldwide total of $890 million which didn’t look like success as looks on paper after deducting other costs such as advertisement.

4. John Carter (Walt Disney Co.)
Fourth in the list we have the a box office bomb: John Carter that cost a whooping $250 million just in production. The movie although was a total fail and only managed to raise $73 million domestic and $209 million abroad amounting to a total gross of $282 million.

Different theories have been brought forward in bid to understand why the film failed terribly with some critics blaming it on poor marketing campaign, an uninspiring title and void of bankable movie stars.

5. Harry Potter and the Half-Blood Prince (Warner Bros.)
Given that Harry Potter series had previously received very warm welcome from moviegoers and critics, it makes logic as to why Warner Bros had to spend that much in this series. It is estimated to have cost $250 million in production which when compared to what it raised was a complete success. In total, it raised a gross total of $934 million.

6. Avatar (20th Century Fox)
Avatar; James Cameron’s 3D sci-fi epic budget got people talking when they got a glimpse of what it cost. With all the cutting-edge motion capture techniques together with the revolutionary 3D camerawork; its production cost amounted to $237 million with other sources putting it between $280 million and $425 million. The movie was a major success having managed raise $749 million domestic and $2.02 billion overseas all amounting to a worldwide total of $2.78 billion.

7. The Dark Knight Rises (Warner Bros)
Coming at $230 million, The Dark Night was the far most expensive of the bunch. The movie was a success having raised a total of $1.08 billion worldwide $636 million coming from overseas with the remaining $448 million raised locally.

8. The Chronicles of Narnia: Prince Caspian (Walt Disney Co.)
Being the second C.S. Lewis’ beloved children’s fantasy series, The Chronicles of Narnia: Prince Caspian was reported to have cost a budget of $225 million but ultimately became a complete disappointment having only managed to raise a worldwide total of $419 million. Unfortunately, prince Caspian could be the first movie on the list to have ended in losses if marketing costs and foreign licensing were deducted.

10. Marvel’s The Avenger (Walt Disney Co.)
Finally, in the top 10 list of the “Movies with the Highest Budgets” is Marvel’s The Avenger which was estimated to have cost $220 million. Amusingly, the movie was termed a success having managed to raise a total of $1.51 billion worldwide.

To make a movie from the first preparations (preproduction) to the shooting and various things like editing (post production) until its reach its audiences involves tons of elements. All elements includes expenses and some of the expenses in the budget are: