An intro to the genre and a top list of 13 best crime movies ...

The Best Crime Movies according to GreatestMovies.org. The list does not include film noir or gangster movies because these genres will be presented on their own. 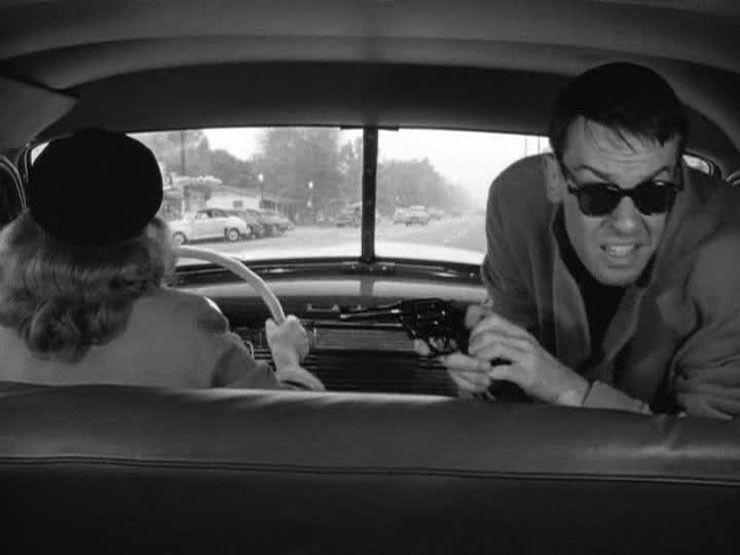 13 Get Carter
Michale Caine plays the former gangster who returns to his hometown Newcastle after his brother has died. Mike Hodges delivers a complex crime movie that offers a realistic and ferocious story.
Year: 1971 | Director: Mike Hodges

12 I Walk Alone
Burt Lancaster plays Frankie Madison who has been 14 years in prison. His former bootlegging companion is Dink Turner played by Kirk Douglas. Dink should be grateful to Frankie but are trying to keep him away from his successful business.
Year: 1948 | Director: Byron Haskin

11 Dirty Harry
This is the first and the best in the sequels that had Clint Eastwood in front as the macho cop Harry Callahan. Unless a serial killer delivers a demanded ransom he threatens to strike again and Callahan is no wonder the man who gets the lousy job as courier.
Year: 1971 | Director: Don Siegel

10 Infernal Affairs (Wui jian dao)
This is the movie that got an American version (The Departed) which also was a movie worth seeing, but the original are the sharper one. Chan Wing Yan are the police detective undercover in the Hong Kong secret crime world. But it seems to some other who is also playing a double role – on his own division.
Year: 2002 | Director: Wai-Keung Lau & Alan Mak

9 High Sierra
Humphrey Bogart and Ida Lupino are two worried souls that meet when a heist is being planned. High Sierra is a fascinating crime movie that also shows how you can be dragged to your own ruin – the only thing that last after your destiny have been defeated.
Year: 1941 | Director: Billy Wilder

8 Goldfinger
Maybe the most classic of the James Bond movies. Sean Connery is agent 007 that this time has to deal with the master criminal Auric Goldfinger and his dangerous servant Oddjon.
Year: 1964 | Director: Guy Hamilton

7 Fargo
Steve Buscemi and Peter Stormare are seen as a guncrazy kidnapping pair and Francis McDomand as a smart police in that might be the best movie from the Coen brothers. The North Dakota is an odd environment for a violent crime story and so is sometimes the humor.
Year: 1996 | Director: Ethan and Joel Coen

6 The Killing
One of the first feature movies by Stanley Kubrick, made with a small budget but with clever dialogue and some fascinating characters. The plot centers around a robbery against a horse track, but then details of the plan leaks things start to get dangerous and complicated.
Year: 1956 | Director: Stanley Kubrick

5 Heat
Al Pacino as the good guy and Robert de Niro as the crook are first-class qualifications for a great crime movie and the result match the expectations. The story involves both intense action and deep character studies.
Year: 1995 | Director:  Michael Mann

4 Gun Crazy
Gun Crazy was produced without more ambition than a regular B-movie, but became a remarkable piece of work. Especially the scene of the bank robbery taken in one single long shot and with the camera placed inside the car gives it freshness that still last.
Year: 1950 | Director: Joseph H. Lewis

3 Rififi
Influential movie in its genre and violent for its time. The movie includes a very long scene when a jewelry store is being robbed and the meticulous shots provide superb realism and excitement.
Year: 1955 | Director: Jules Dassin

1 Witness for the Prosecution
Another masterpiece from Billy Wilder and one of the best courtroom dramas ever. The greatness lies in many things: the well built characters, the intricate intrigue and the a story that not is being foreseeable.
Year: 1957 | Director: Billy Wilder