The Best War Movies according to GreatestMovies.org. 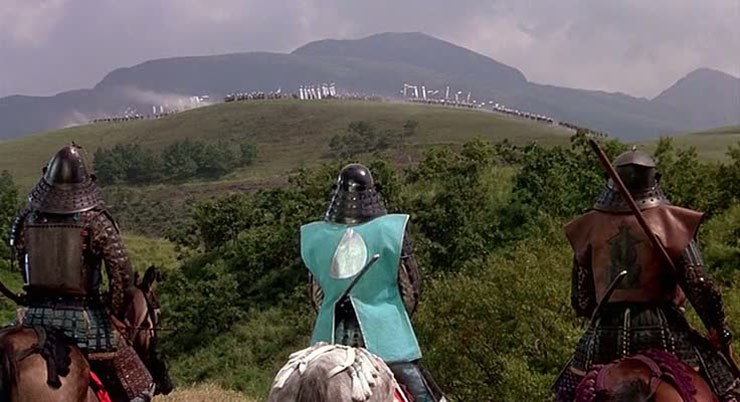 20 Decision Before Dawn
In the World War II, the allies decide to use German prisoners for missions in German Territory. Karl Maurer accepts the offer, but is ambivalent to face his own people again on a secret mission prepared by the other side.
Year: 1951
Director: Anatole Litvak

19 The Battle of Algiers (La battaglia di Algeri)
Political war movie with impressing realism re-creates the history of the Algerian fight for independence from France. It doesn’t avoid showing the cold blooded terror methods of the revels or the ruthlessness in the French military’s responds.
Year: 1966
Director: Gillo Pontecorvo

18 Schindler’s List
A touching story about the holocaust in black and white. In the center is Oskar Schindler, who have a high position in the German society, but becomes more and more concern about the immoral action made by the Nazi regime.
Year: 1993
Director: Steven Spielberg

17 A Man Escaped (Un condamé à mort s’est échappé)
This movie holds on to every course of event in meticulous fashion. The plan and execution of an escape in small segments and never lose the fascination and excitement.
Year: 1956
Director: Robert Bresson

16 Platoon
An iconographic war movie that succeeds in describing an image of the Vietnam War with many strong portraits of young American soldiers. The director Oliver Stone uses his own experiences and project them on Charlie Sheen's character Chris Taylor.
Year: 1986
Director: Oliver Stone

15 Battleground
A splendid war movie that comes very close to some American soldiers' emotional lives and their hard conditions on the battleground under the Second World War. This movie gives another perspective with soldiers who is not extraordinary brave or heroic.
Year: 1949
Director: William Wellman

14 The General
One of the best silent movies with Buster Keaton as Johnny Gray who get turned down for war service but makes his own contribution as a train engineer. High tempo through the film and marvelous stunts.
Year: 1926
Director: Buster Keaton

13 Stalag 17
When two Americans are killed in an escape attempt Sgt J.J. Sefton is suspected of being an informer. Just like The Great Escape, another great war prisoner movie, Stalag 17 succeeding at being entertaining with excitement and occasional wittiness thus the harsh subject.
Year: 1953
Director: Billy Wilder

12 Patton
The American general George S. Patton is the center of actions and the movie re-creates the battles between the Alliances and the Axis Powers in North Africa. Patton is presented as the eccentric general who loves his job even that the circumstances are life and death.
Year: 1970
Director: Franklin J. Schaffner


11 Das Boot
A superb depiction of the life under the sea level made from the German perspective in WWII. The men on board the submarine who fights the enemy must also try to understand the politics of their country.
Year: 1981
Director: Wolfgang Petersen

10 Downfall (Der Untergang)
This German war movie takes us into the bunker that Adolf Hitler and his closest alliance were hiding in the last days of War World II. For these people surrender is no option and they are heading for the total wreckage. The Führer is excellently played by Bruno Ganz.
Year: 2004
Director: Oliver Hirschbiegel

9 Ballad of a soldier
The Russian soldier Alyosha Skvortsov is on a short permission from the war and meets a girl on a train. In poetic visual imagery they got strongly attached in a country demolished by the war.
Year: 1959
Director: Grigoriy Chukhray

8 The Deer Hunter
A strong and frightening depiction of the Vietnam War and a group of friends experiences from it. The actors perform well in showing how the war in different degrees changes their characters.
Year: 1978
Director: Michael Cimino

7 M*A*S*H
A comedy that makes fun of the war and the authorities involved. The director Robert Altman does it in typical style and Donald Sutherland makes one of his best performances. The movie is outstanding in comparison to the TV-production that came afterwards.
Year: 1970
Director: Robert Altman

5 The Great Escape
Enjoyable excitement from the first to the last scene. A great story based on an actual event and one of the most entertaining movies from the sub genre ”Prison escape movies”.
Year: 1963
Director: John Sturges

4 The Bridge Over River Kwai (1957)
Capture British soldiers are working on a railway bridge on Japan territory. This is an intense drama with war metaphoric in which British spirit is tested by a demanding and arrogant Japanese colonel.
Year: 1959
Director: Grigoriy Chukhray

3 Paths of Glory (1957)
A pacifistic war movie set in the trenches under the World War I. You get a feel of being present when cannon fire is digging holes in the ground. Stanley Kubrik behind the camera and Kirk Douglas as one of the characters in front.
Year: 1959
Director: Grigoriy Chukhray

2 Apocalypse Now
The most haunting and probably the best of all Vietnam War films present an odyssey along the river into the heart of darkness. Music from The Doors and Wagner blends in this story of the madness of war.
Year: 1979
Director: Francis Ford Coppola

1 Ran
A brilliant epos from the mediaeval Japan are displaying a trial of strength between a father and his three sons. Ran is a triumph in both visual aspects as much as the depth in storytelling.
Year: 1985
Director: Akira Kurosawa


The history of destruction through film fiction

The war movie became a distinct genre at the time of the First World War. It was mostly movies that took a stand against the war or showed sympathy for one side – two themes that have stayed in the genre.

The production of war movies was probably bigger than ever under the second war and the years after. Under the war the movies are often patriotic with the function of increase the morale in its own country.

There are also movies with perspective from the competitor’s sides in the two world wars that have become popular in the US and Western Europe. All Quiet on the Western Front (1930) and Das Boot (1981) are both depicting German soldiers.

The war movies are not always bringing the scenes directly from the battlefield, sometimes the drama will take place away from the epicenter of the war but with the war as the catalyst. Several movies have used a prison camp in war time as its milieu; two famous examples are Stalag 17 (1953) and The Great Escape (1963).

Another repeated theme is the home coming soldier, marked by the war and with the following complications to readapt. Coming Home (1978) and Born on the Fourth of July (1989) have expressed the complications in various ways. 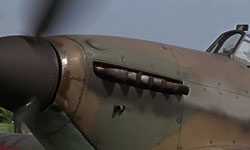 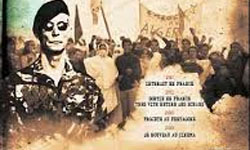 Movies about the War in Algeria