Bio and a presentation of ERrol Flynn's best movies ...

Errol Flynn (1909-1959) was born in Australia and his first roles as an actor appear in the Australian movie In the Wake of the Bounty. But it was first after he came to England that his acting toke a serious direction, as employed in a theater in Northampton. He would also participate in two movies and the later of them, Murder at Monte Carlo, helped him get a contract with Warner Bros. 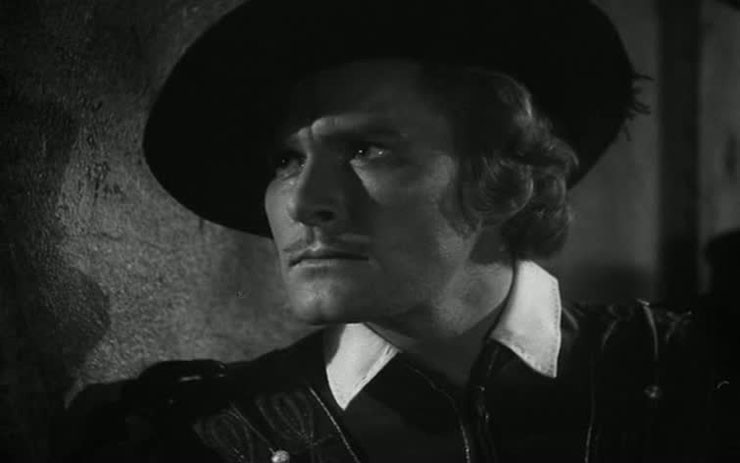 He now leaved England for America and Hollywood. In Hollywood his first role in Captain Blood (1935) would lead to stardom. In Captain Blood and other movies like The Prince and the Pauper (1937) and The Sea Hawk (1940) he would play the so-called “swashbuckler”, a term for pirates and swordsmen.

In the 1940s the adventures moved from old history via 19th century and American Civil War in They Died with Their Boots On (1941) to 20th century and World War II in Objective Burma! (1945).